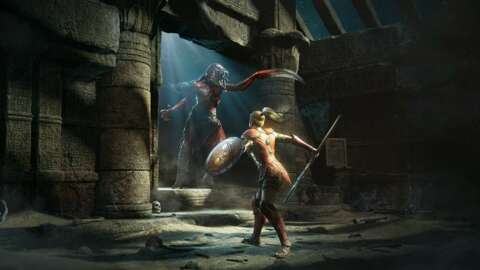 Despite having launched more than two weeks ago, Diablo II: Resurrected is still suffering from many of the same login issues, with the game even going offline for multiple hours over the weekend for emergency maintenance.

Even with the maintenance, the issues still persist. Blizzard’s North American Customer Support Twitter account has almost exclusively tweeted about Diablo II related issues from Oct 9-11, with reports of login problems due to the game’s authentication servers still ongoing.

We continue working to resolve the login issues in #D2R as soon as possible. We apologize for the inconvenience caused by today’s outages.

Diablo II: Resurrected’s launch saw the game plagued not only by login issues, but also locked and vanishing characters. Those latter issues look to have been resolved in the days following the game’s September 23 launch.

A remaster of Blizzard’s classic action-RPG, Diablo II: Resurrected features modern visuals and small quality-of-life improvements, but is otherwise the same game players sunk countless hours into way back in 2000. While Diablo II: Resurrected plays just like players remember it, there is a possibility new content could come in the form of new items or runewords at a later date.

In other Diablo news, Diablo IV has received a new game director, Joe Shely. He replaces former game director Luis Barriga, who left Blizzard in the wake of multiple lawsuits and investigations regarding widespread sexual harassment and discrimination at Activision Blizzard. Diablo IV does not currently have a release date.

Diablo 2: Resurrected Will Get A Login Queue To Fight Ongoing Server Issues

Diablo 2: Resurrected Won’t Include True Ultrawide Support Because It Breaks The Game

Diablo 2: Resurrected Will Include Ladder-Only Items In Single-Player