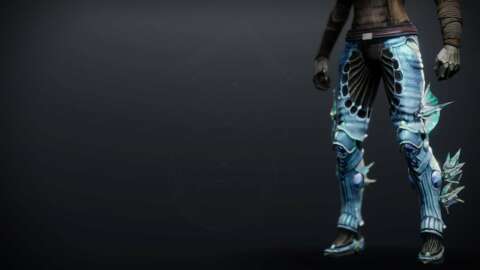 One of the stars of Destiny 2’s Season of the Splicer has been the new Hunter Exotic boots, Star-Eater Scales. They quickly became a favorite for PvE content and were so powerful that Bungie disabled them for the World’s First competition for the Vault of Glass raid. But apparently, Star-Eater Scales were too powerful, and with its latest update, Bungie has patched the Exotic to bring its perks down to where they were intended to be.

Bungie shared the full patch notes for its new update, Hotfix 3.2.0.2, on its website. The update fixes a bunch of bugs and issues with the way certain elements were interacting and, for the most part, boosting Guardians’ power more than they should have.

Star-Eater Scales is the biggest of these; the new Exotic allows you to gather extra Orbs of Power to overcharge your Super ability, making it do more damage. It also fires off a healing burst when you cast your Super, and if you power it up fully with four extra Orbs, you receive an overshield as well. The trouble was, Star-Eater Scales wasn’t just boosting Super damage, it was also giving a huge boost to regular weapon and grenade damage, essentially making Hunters into damage powerhouses, especially in raids.

Hotfix 3.2.0.2 reels in Star-Eater Scales pretty significantly. First, it removes the damage boost to regular weapons and grenades, which Bungie says the Exotic shouldn’t have had anyway. Next, it also makes powering up the Exotic to its full damage bonus power a little tougher–instead of picking up four extra Orbs of Power, you now need to pick up eight Orbs. That’s going to make Star-Eater Scales significantly less cool than it was a day ago, and although it’s still pretty powerful, it remains to be seen whether this will continue to be the new go-to Exotic for Hunters in PvE activities.

Other changes include Bungie fixing another new damage-boosting element in Season of the Splicer: Energy Accelerant. This mod, found on the Seasonal Artifact, increases the power of perks like Firefly, Chain Reaction, and Dragon Fly–and it had the side effect of making the Exotic fusion rifle Telesto about twice as powerful as it should have been. That mod has been fixed so that Telesto does the right amount of damage.

You can read the rest of the patch notes below.

Destiny 2 Festival Of The Lost Mask Guide: How Much They Cost And How To Get Them