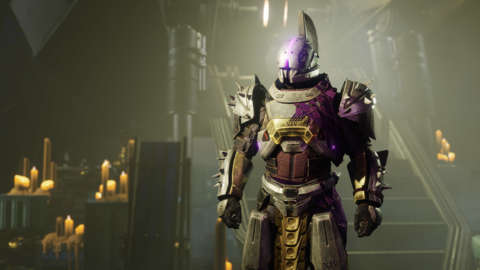 Destiny 2’s Update 3.3.1.1 went live today, and patch notes reveal additional changes to the competitive PvP mode Trials of Osiris. Trials of Osiris returned in September and has gone through multiple changes since.

There were still issues that needed to be sorted out. Trials no longer allows fireteam leaders to access the game mode if their gear power level is too low. There was an issue with matchmaking where Flawless players with new tickets would be matched with other Flawless players who had new tickets too. That would happen for the first two wins on the fresh ticket and would occur for players who were not in Flawless matchmaking, but Bungie has patched that. Also, capturing zones–which are used towards the end of a round when both teams still have players on the field–will no longer grant Super energy. Additional changes to Trials include a tooltip to disable the seasonal artifact and power level, and visiting the Lighthouse won’t reset any ritual activity streaks.

The Corrupted strike on the Dreaming City went through some changes, primarily for Nightfalls. In addition to fixing the elevator console, Bungie fixed an issue with the boss fight where Sedia’s shield quickly regenerated. The shield will now regenerate at a pace similar to the Vanguard playlist version.

The ongoing Festival of the Lost activity brought back spooky weapons such as Horror Story and Braytech Werewolf, along with the brand new dinosaur-themed Jurassic Green. With the patch, players will obtain these weapons with consistent power levels when they drop.

Bungie solved other issues with weapons where they wouldn’t reload properly when picking up a relic during the reload animation. Also, the Demolitionist trait on Legendary weapons will work as intended: Weapons will now reload when players use a grenade.