Skip to content
Homepage / Check it out / Deals Unlocked, One Of Xbox's Biggest Sales Of The Year, Kicks Off Later This Week 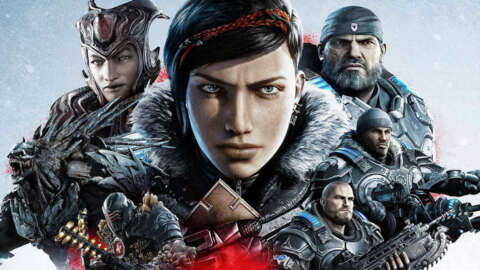 The Xbox Store is kicking off its annual summer sale later this week with deals on everything from games and subscriptions to gaming PCs and accessories. Xbox Deals Unlocked runs from June 11 to June 17, which just so happens to fall during E3 (not a coincidence). While Microsoft hasn’t revealed the full slate of deals, there’s an outline of the sale on Xbox Wire. Based on what we know, Xbox Deals Unlocked is shaping up to be one of the biggest Xbox One and Xbox Series X sales of the year. We’ve highlighted some of the already announced deals below, but make sure to check back on June 11 when the sale begins.

More than 500 games will be on sale on the Xbox Store for up to 55% off, including Doom Eternal, Destiny 2: Beyond Light, Gears 5, and Assassin’s Creed Valhalla’s Gold Edition. Like previous years, select physical games will be discounted at participating retailers, including Gears Tactics, Halo: the Master Chief Collection, and Gears 5.

Most of the aforementioned games are available on Game Pass, and if you don’t already have a subscription, Microsoft will be selling three-month memberships for only $1 during the sale.

If you’re in the market for a gaming PC, select desktop and laptops from Lenovo and Asus will be available starting at $699. You can also grab some new PC games for up to 60% off, including Forza Horizon 4’s Ultimate Edition and Gears 5.

There will also be deals on a wide variety of gaming accessories for Xbox and PC. Multiple gaming headsets will be on sale, including the Turtle Beach Recon 200 and the HyperX Cloud Flight. Numerous Razer products, including the Razer Ripsaw HD capture card and bundles featuring the Razer Kiyo Pro and Razer Seiren X, will be discounted, too.

The Deals Unlocked sale is just one of the numerous big promotions in June. The major one, Amazon Prime Day, will definitely bring plenty of Xbox deals at Amazon and other retailers, too. Prime Day runs for two days starting June 21.