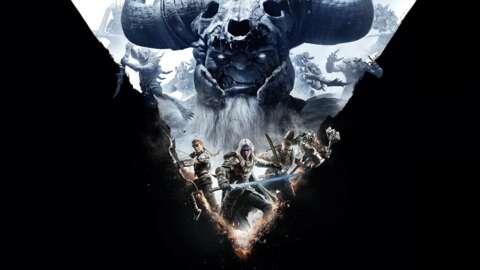 A new Dungeons & Dragons game is almost here, and if you’ve been looking to see just who the members of the Dark Alliance are who’ll be opposing the forces of evil, the latest trailer will introduce you to the gang.

Narrated by Jemaine Clement–one half of the comedy duo Flight of the Conchords and occasional Rhymenoceros–the trailer introduces players to the story behind Dark Alliance and the Drizzt Do’Urden, Catti-brie, Bruenor, and Wulfgar heroes of this action-brawler that is set in the Forgotten Realms.

Drizzt is fast, powerful, and has two Zs in his name, while Cattie-Brie can control the battlefield from any distance. Wulfgar is the muscle of the group who takes on hordes of enemies with his big hammer, and Bruenor will appeal to players who desire a defensive character with impressive stats and facial hair.

Combat also appears to have a lot of depth to it, with each character having dozens of moves, ultimate attacks, and abilities that can be chained together to deliver big critical hit damage. You’ll need this entire arsenal for the more than 30 enemies you’ll face, with Clement noting that they probably “didn’t get enough hugs as baby goblins.”

Dark Alliance is developed by Tuque Games and launches on June 22 for PS4, Xbox One, and PC, as well as PS5 and Xbox Series X|S. Players who purchase the game on PS4 will receive a code to upgrade the game for free to its PS5 version, while Xbox One players will automatically receive this update when they switch to Xbox Series X|S. Dark Alliance will also be available on Xbox Game Pass on its launch day.