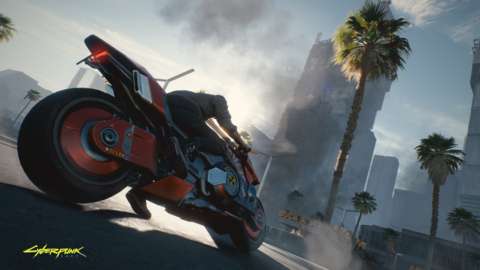 Cyberpunk 2077 is still unavailable on PlayStation consoles, and there is no update yet on when it might come back. Adam Kicinski, the joint CEO of developer CD Projekt Red, addressed the issue as part of a shareholder meeting on Tuesday.

Speaking through a translator, and reported on by VGC, Kicinski said the decision about whether or not to host Cyberpunk 2077 comes down to Sony and Sony alone. Kicinski said CD Projekt Red remains in communication with Sony and that performance and stability of the PS4 edition of Cyberpunk 2077 has improved through patches. But it’s still too soon to know when the game might return for sale on Sony’s digital storefront.

“Unfortunately, I have no new information in this regard,” he said. “We are still in discussions and with every patch the game gets better and there is a visible progress, but as we said the decision is an exclusive decision of Sony, so we are waiting for the information about the fact that they took the decision to bring back this game. Until then I am not able to tell you anything more.”

CD Projekt Red’s business boss, Michał Nowakowski, said he believes Sony is getting closer to making a decision. “We do believe we’re closer than further, but of course the final call is theirs, so let’s wait and see,” he said.

Cyberpunk 2077 was removed from the PlayStation Store back in December 2020 when the game launched due to its technical issues. A refund program was also undertaken at the time. About 30,000 people took advantage of the refund scheme, CD Projekt Red said.

Despite the delisting, Cyberpunk 2077 managed to sell 13.7 million copies across all platforms in its first 21 days. CD Projekt Red management has said it will not abandon Cyberpunk 2077 and will instead continue to support the game with patches and updates to help improve the experience so the game can continue to sell for a long time.

Seemingly as a result of the issues with Cyberpunk 2077, CD Projekt Red adjusted its plans for a multiplayer offering, and now it’s unclear if that standalone game will ever release.

More recently, CD Projekt Red was revealed to have paid its executives millions in bonuses that were tied to the commercial performance of the game. Developers, too, received bonuses thanks to Cyberpunk 2077’s strong sales.

This Cyberpunk 2077 Mod Can Save You From Death, For A Price

Cyberpunk 2077 Modders Hired By CDPR To Work On The Game