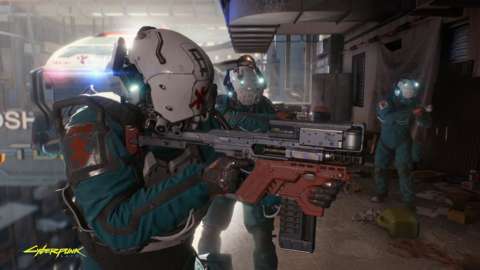 Cyberpunk 2077 and The Witcher studio CD Projekt has released its latest earnings report for Q1, and total profit dropped substantially.

CD Projekt made a profit of 32.487 million zloty, which is down sharply from the 91.979 million zloty that the company made during the January-March period of 2020. Total revenue, however, climbed to 197.632 million zloty for Q1 2021. The profit decrease was attributable in part to an increase in the cost of goods sold.

CD Projekt also reminded people that 2020’s Q1 results were the strongest in the company’s history, fueled in part by stay-at-home orders that saw people turn to games. Not only that, but in Q1 2020, The Witcher game sales rose by 500% thanks to Netflix’s hugely successful TV show, while The Witcher 3 for Nintendo Switch was just recently released at the time, all of which contributed to strong results for CD Projekt at the time.

These factors have since “subsided,” CD Projekt said.

For Q1 2021, CD Projekt said the majority of its revenue came from Cyberpunk 2077 and sales of The Witcher 3 and its expansions. Gwent and Thronebreaker also contributed to sales during Q1 2021, as did The Witcher 2: Assassins of Kings and the original Witcher game.

According to Reuters, CD Projekt financial boss Piotr Nielubowicz said on a conference call that around 60% of total sales in Q1 came from Cyberpunk 2077.

The studio also addressed how Cyberpunk 2077 remains unavailable on the PlayStation Store. An official for the company said there is no change from last week’s update.

“The general situation as long as we are not back on the Sony store has not changed. One of the leading marketplaces for us is not available and we generate most of the sales on the PC/digital channels,” the person said.

Despite the delisting, Cyberpunk 2077 managed to sell 13.7 million copies across all platforms in its first 21 days.

Finally, CD Projekt management confirmed on the call that it will begin developing multiple “high-budget” games at the same time starting in 2022. Additionally, the company is on the lookout for M&A (mergers and acquisition) possibilities going forward, though the company did not offer any specifics about what it’s looking for in that department.

CD Projekt management has said it will not abandon Cyberpunk 2077 and will instead continue to support the game with patches and updates to help improve the experience so the game can continue to sell for a long time.

Seemingly as a result of the issues with Cyberpunk 2077, CD Projekt adjusted its plans for a multiplayer offering, and now it’s unclear if that standalone game will ever release.

More recently, CD Projekt was revealed to have paid its executives millions in bonuses that were tied to the commercial performance of the game. Developers, too, received bonuses thanks to Cyberpunk 2077’s strong sales.

Cyberpunk 2077 Gets New Director To Lead Development On Expansions

Cyberpunk 2077 On PlayStation: CDPR Still Waiting For Sony To Reinstate The Game