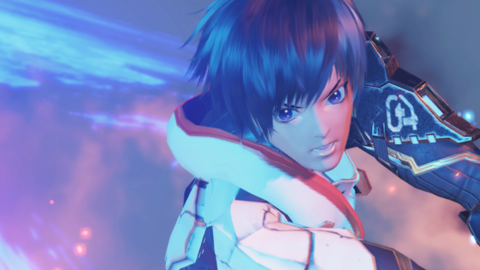 Comedian and late night TV host Conan O’Brien has shared his thoughts on Phantasy Star Online 2: New Genesis. In a new segment with his podcast co-hosts Sonia Movsesian and Matt Gurley, along with members of the off-shot Good Game Nice Try podcast, O’Brien ripped into the Sega game with his trademark humor and wit.

His first observation? “First of all, the title is waaaaay too long,” O’Brien says, further joking that no game should have the word “colon” in it.

Upon seeing footage of Phantasy Star Online 2: New Genesis itself, O’Brien remarks that the world is a fantastical place where “birds and robots and Pokemons live together.”

O’Brien described the animation style as “groovy,” which is something Sega probably did not expect. The comedian also enjoyed how you can create and customize your own character. “I want tiny hands and just massive sausagey thighs,” he said.

For what it’s worth, Sega paid for this segment to promote New Genesis, which releases June 9 on PC and Xbox in the US. O’Brien also hosts the Clueless Gamer segment in which he plays games and makes fun of them. His latest Clueless Gamer video focused on Biomutant, which he said was way too long and had no point.

The Clueless Gamer segment has been running for years, and it has covered numerous big games like The Witcher 3, Fallout 4, and numerous others. It was reported in 2017 that the Clueless Gamer show would be spun off into its own series, but that never happened.

O’Brien is ending his late night show in June before moving to HBO Max for something new, and fans are hoping to see Clueless Gamer also make the jump and continue in some way.