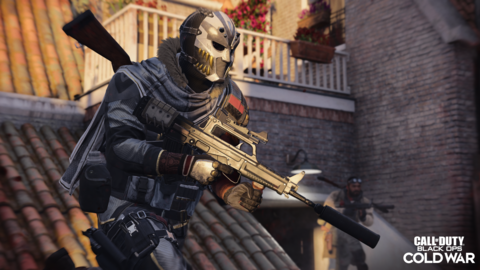 Collateral Combined Arms 24/7 has returned to Black Ops Cold War, which is a mix of the 12v12 Combined Arms modes. And 3v3 Gunfight Snipers Only replaced the 2v2 Gunfight Blueprints. For fans of the large-scale Fireteam modes, Sat-Link was added to the Multi-Team Moshpit playlist.

A new Gunfight tournament starts today with new and exclusive in-game rewards. You can still unlock any previous tournament prizes you missed, you just need to replay and win the tournament bracket multiple times to unlock the additional rewards.

Double Weapon XP will be active for both Black Ops Cold War and Warzone from July 30 through August 2.

You can see the full July 29 patch notes for Black Ops Cold War below, as shared by Treyarch. And in case you missed it, Treyarch tweeted the latest teaser trailer for Call of Duty’s upcoming Season 5.