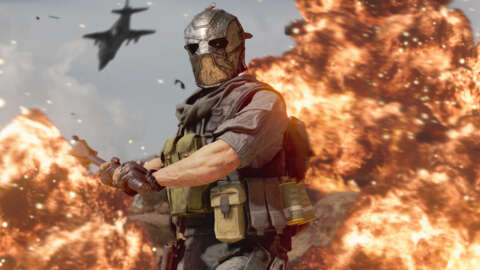 Along with the return of Call of Duty’s classic Capture the Flag mode and Black Ops 2’s Rush paintball map, there will be a new Cranked Moshpit mode. This new playlist will include the all-new Cranked Team Deathmatch and Cranked Kill Confirmed, which will be similar to Cranked Hardpoint from the ’80s Action Heroes event. Basically, eliminate enemies to become “Cranked” to earn buffs, and keep getting kills before your Cranked Timer runs out.

If Cranked isn’t explosive enough for you, Treyarch announced players will now be able to call in a Nuke killstreak. It won’t be a game ending streak, but it will wipe all players when the nuke detonates in all modes. However, League Play and CDL variants, Multi-Team, Party Games, and Gunfight are excluded from the nuke streak.

The update will also reintroduce the fan-favorite Mule Kick perk, which allows players to carry a third weapon. Treyarch detailed the new perk upgrades that will be available for Mule Kick as players level the perk up to Skill Tier V.

You can see the full July 13 playlist update for Black Ops Cold War below, as shared by Treyarch.

Irons Sights have been pushed out for the following:

Nuke Scorestreak from Cranked Hardpoint now requires a Nuclear Medal (Kill 30 enemies without dying) and is now available in all modes except the following:

Here’s Everything Coming To Call Of Duty: Black Ops Cold War and Warzone This Week