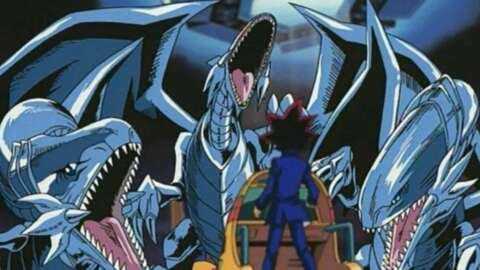 A Chinese court has cancelled an online auction selling a criminal’s possessions after the bidding price skyrocketed out of control, possibly in part due to a rare Yu-Gi-Oh card, via IGN. As reported by South China Morning Post, A Chinese court made an online auction selling the frozen assets of a man convicted of embezzlement, but the auction was cancelled after it reached a bid price of 87 million yuan, which is about $13.4 million USD.

It is believed that the skyrocketing bids were caused by the Blue-Eyes White Dragon Yu-Gi-Oh card, believed to be one of 500 limited-edition cards printed in 2019. Collector’s value the card between $31,000 and $46,000 if it is indeed real, although the card in question has not been certified. The card reached the $13.4 million USD mark within 30 minutes, prompting organizers to cancel the auction, as it was significantly past the card’s market value and some type of foul play was suspected.

“This auction has been suspended,” a statement from the Alibaba judicial auction online platform said. “The price is seriously inconsistent with the actual bidding price, and malicious bidding behaviour is suspected.”

The same man had multiple items of his posted for auction, including a gold-and-diamond-bedazzled PS4 and multiple Nintendo Switch systems. While it is currently unknown the exact reason the bidding price of the Blue-Eyes White Dragon got so out of hand, the trading card craze has been out of control in the United States. Some companies have had to take action against aggressive card collectors, like Target no longer selling cards in stores and eBay removing the ability to retract a bid on a trading card.