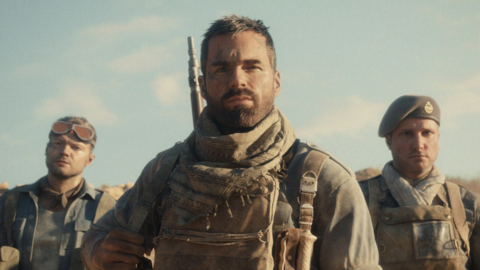 The Call of Duty: Vanguard launch trailer has arrived, and it features a brand-new single from Jack White of The White Stripes. The trailer focuses on how Vanguard has three main modes–campaign, multiplayer, and Zombies (which separates it from competitor Battlefield 2042, which has no campaign).

The trailer hypes up Vanguard’s globe-trotting WWII story, its multiplayer mode featuring 20 maps (the most ever at launch for a Call of Duty game), and its Zombies mode developed by sister studio Treyarch. It also reminds viewers that Vanguard’s weapons and other elements will be added to the battle royale game Warzone. The trailer also confirms the exact launch time for Vanguard, which is 12 AM ET on November 5.

Vanguard launches on November 5 for console and PC. It might be the first in a trilogy. Writer Sam Maggs recently discussed how the hope is to be able to make Vanguard 2 and Vanguard 3.

In other news, Activision just recently announced lots of new details about Vanguard’s Zombies mode, including what’s new and different for this iteration of the fan-favorite mode.

Call of Duty: Vanguard is releasing as Activision Blizzard faces a lawsuit from the state of California over alleged harassment and discrimination against women. Just recently, California’s lawsuit was accused of ethics violations.

Call Of Duty: Vanguard Is Hosting Another Double XP Weekend

Grab Call of Duty: Vanguard For $39 At Walmart For Black Friday