Skip to content
Homepage / Check it out / Call Of Duty: Modern Warfare Maps Return To Game After Being Removed In April 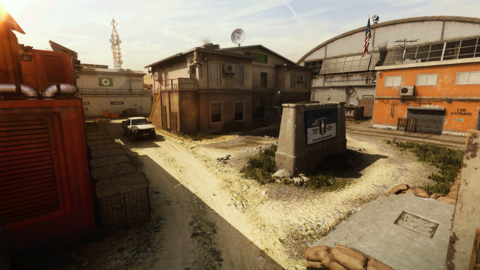 It’s strange enough that Call of Duty: Modern Warfare got a couple of new maps this far into Black Ops Cold War’s lifecycle. To make things even weirder, the two maps were originally added back in March, but then removed in April to spend more time in development.

Now, though, Al-Raab Airbase and Drainage are back, probably for good (although we can’t be sure). Al-Raab Airbase is a 6v6 map that’s currently featured in a 24/7 playlist, while Drainage is a 2v2 Gunfight map.

When the two maps were added back in April exclusively to private matches, they took players by surprise. Seemingly just as suddenly, they were stealthily taken offline in April. Activision later explained that they were released prematurely and needed more work.

It’s pretty unusual for Activision to continue to support older Call of Duty titles with new content, but this might be indicative of the continuing popularity of Modern Warfare. Of course, Black Ops Cold War is still receiving the bulk of the attention, and you can check out what’s new in Black Ops Cold War and Warzone here.