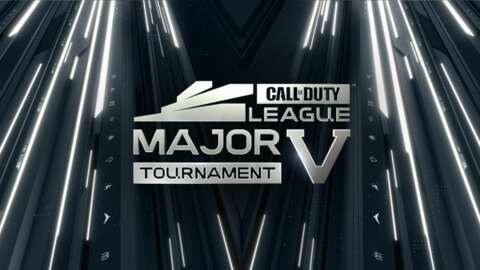 The Call of Duty League has announced that the league’s Stage V Major tournament–currently scheduled for Thursday, July 29 to Sunday, August 1–will take place in front of a live ticketed audience.

The Major V event will emanate from Esports Stadium Arlington in Texas, home of the defending Call of Duty League champion Dallas Empire. Fans will be allowed into the stadium for the final two days of the tournament, July 31 and August 1, with tickets on sale now. All 12 teams are scheduled to take part in the Major V weekend.

This marks the first time fans have been able to watch a live Call of Duty event since March 8, 2020 during the league’s inaugural season. The COVID-19 pandemic forced the league to play its matches online, where it has played since–including the first-ever CDL Championship last August. The league’s first LAN event post-pandemic, the Stage IV Major, took place June 17 in the same location with no fans in attendance.

The Call of Duty League’s second season kicked off in February 2021, adopting a new stage-based format with three qualifier weekends followed by a Major tournament. The Atlanta FaZe have won three of the four stages played so far, with the Toronto Ultra’s Stage 2 Major victory being the only exception. The Championship tournament will take place after the Stage V Major, with official dates and times yet to be determined.