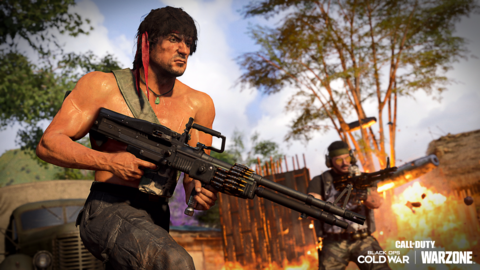 The new Blueprint Ammo Gun Game mode is now available, which is a variant of Gun Game that features a rotation of weapon blueprints that feature tracer and dismemberment effects.

A new Gunfight tournament has arrived. Players can fight through the single-elimination bracket on randomized Gunfight maps for new exclusive rewards. The tournament runs from June 3 to June 10.

A double XP weekend starts tomorrow for those still trying to level up the new AMP63 pistol. This will be a double weapon XP event for both Black Ops Cold War and Warzone from June 4 to June 7.

You can see the full June 3 patch notes for Black Ops Cold War below, as shared by Treyarch.