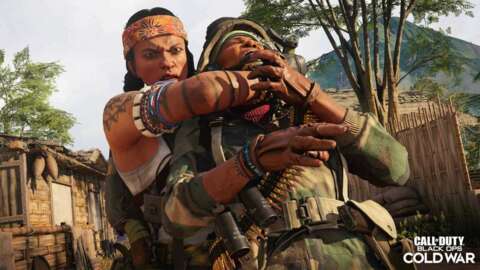 A free play weekend for Call of Duty: Black Ops Cold War’s multiplayer and Outbreak modes will go live on all platforms starting on May 27 ahead of Memorial Day, according to Charlie Intel.

Charlie Intel shared the news on Twitter. The post contains an advertisement promoting Black Ops Cold War’s free access weekend to multiplayer and Outbreak, which runs from May 27 to June 1. Co-developers Raven Software and Treyarch have not publicly announced the promotion. Publisher Activision also hasn’t said anything about a few access period.

Still, it will be a great opportunity for players to try out Black Ops Cold War’s Zombies offering, which received an update that makes Odra more difficult. The latest patch also adjusts other aspects of the game’s multiplayer, including addressing issues on Standoff and further stabilizing gameplay.

Black Ops Cold War recently got a massive content drop that featured ’80s Action Heroes John McClane and Rambo as playable operators. Players have until June 18 to purchase the bundle, which features the two characters and various blueprints for Black Ops Cold War and Call of Duty: Warzone.