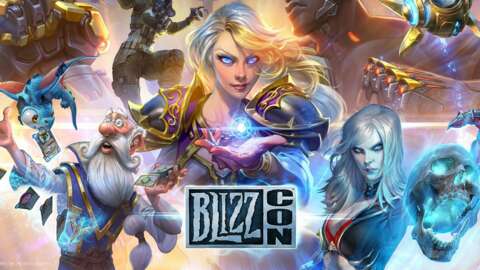 BlizzCon won’t be returning to normal in 2021, Blizzard confirmed today. Blizzard is pushing its annual fan convention, which normally takes place in November, into early next year, where it will combine an online show with “smaller, in-person gatherings,” according to BlizzCon executive producer Saralyn Smith.

In an official statement, Smith writes that due to the nature of planning such a large event and working with various partners among the unpredictability of the pandemic, the time for being able to adequately plan a November show has passed.

“The ongoing complexities and uncertainties of the pandemic have impacted our ability to properly move forward on many of these fronts, and ultimately we’re now past the point where we’d be able to develop the kind of event we’d want to create for you in November,” Smith writes.

Instead, Blizzard is planning for a show similar to its February 2021 BlizzConline event, which featured new game announcements as well as various panels about many of Blizzard’s biggest games, all of which fans could watch from home. That being said, the previous online-only show didn’t exactly go off completely without a hitch. A virtual performance from heavy-metal band Metallica was censored by Twitch, with some hilarious results.

Unlike BlizzConline, Blizzard’s next BlizzCon event will feature some kind of in-person element, though Smith did not share more details on what exactly that would entail. Smith writes that more about the company’s plan for the next BlizzCon will be shared at a later date.

Blizzard has a number of heavy-hitting games currently in the works. The company recently shared more details about Overwatch 2, like the fact that the sequel will be 5v5 instead of 6v6. It was at BlizzConline earlier this year that the developer revealed Diablo 2: Resurrected was coming from developer Vicarious Visions, as well as the reveal that World of Warcraft Classic players would soon be returning to the game’s Burning Crusade expansion.

Overwatch 2 Livestream: How To Watch “What’s Next” Presentation

Overwatch 2 What’s Next Livestream Coming May 20, Will Run For 2 Hours And Cover PvP