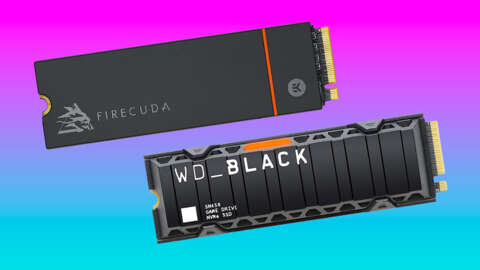 Months after its official launch, Sony is finally allowing PlayStation 5 owners to expand their limited internal SSD storage with a range of Gen4 NVMe SSDs. What makes Sony’s approach different from Microsoft’s with the Xbox Series X|S is that the company isn’t making its own SSD; instead, the PS5 will be compatible with numerous third-party SSDs you can buy today–if they fit within a certain specification.

It’s important to stress that right now, the firmware update you need to enable internal storage expansion is only in beta. This means that Sony hasn’t released its own list of SSDs that it has evaluated for use and can only guide you toward SSD options that might work based on the console’s requirements. On Sony’s official page for the update, it is stressed that even SSDs that meet the specifications laid out might not work as intended and that SIE takes no responsibility for purchases you make that end up not being compatible with your PS5.

Until Sony releases its own approved list or more PS5 players can test certain SSDs firsthand, you should be warned that any seemingly compatible SSDs might not work once the firmware is finally pushed out to everyone. That said, some manufacturers are already stating that their SSDs will be compatible when that time comes, with Seagate confirming that its FireCuda 530 range of M.2 drives will work with the console.

All SSDs will need to adhere to the following specifications for compatibility with the PS5:

Any SSD you install will have to include a heatsink too, which is important to note since not all NVMe SSDs ship with them. Additionally, some compatible SSDs might ship with a heatsink that violates the size restrictions, meaning you will need to remove it and replace it with a third-party option if that’s the case.

There’s a lot to consider right now when trying to choose a suitable storage option, but we’ve rounded up some potentially good selections based on the specifications provided by Sony. Note that none of these have been personally tested yet, so we cannot say for sure that they will be compatible with the current beta firmware.

For more options for expanding your PS5’s storage, check out our guide to the best external hard drives and SSDs, which can store PS5 games when you’re not playing them to free up space on your internal SSD. You can also store and play PS4 games directly off an external USB drive. These are generally much cheaper, and if you plan to hold off until Sony has an official list of recommended internal SSDs, these can help free up space on your console in the meantime.