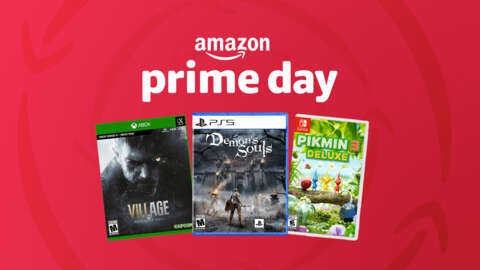 Amazon Prime Day 2021 is live now through June 22, and Prime Day game deals are out in full force at Amazon and other retailers such as Best Buy, Walmart, and Target. Right now, you can find some great discounts on games for Nintendo Switch, PlayStation, and Xbox (don’t worry, PC players, the Steam Summer Sale reportedly kicks off later this week). We’ve rounded up the best Prime Day game deals below.

Prime Day Nintendo Switch deals are fantastic this year, especially when it comes to exclusives. Target has Pikmin 3 Deluxe and Paper Mario: The Origami King on sale for only $30. Meanwhile, Amazon has a bunch of awesome Switch titles for $40, including Fire Emblem: Three Houses, Bravely Default II, Super Mario Odyssey, and Luigi’s Mansion 3. You can also snag Mario Kart Live: Home Circuit for $75, its lowest price yet.

Prime Day PlayStation deals have brought best-ever prices on PS5 games like Demon’s Souls, The Nioh Collection, Sackboy: A Big Adventure, Godfall, and Returnal. Meanwhile, some third-party titles are cheaper than ever, including Assassin’s Creed Valhalla for $23, Resident Evil Village for $50, and Watch Dogs Legion for $17.

Prime Day Xbox deals are a bit sparse, especially when you consider how many games are available on Xbox Game Pass. If you haven’t subscribed to that service, which combines Game Pass for console and PC with Xbox Live Gold, EA Play, and cloud gaming, there’s a limited-time deal that gets you three months of Ultimate for $1. However, you can still take advantage of some cheap physical games and digital codes at Amazon this week, including the discounts on Assassin’s Creed Valhalla ($23) and Watch Dogs Legion ($17).