Skip to content
Homepage / Check it out / Before EA Play Live, We're Getting Deep Dive Panels On Battlefield 2042, Apex Legends, And More 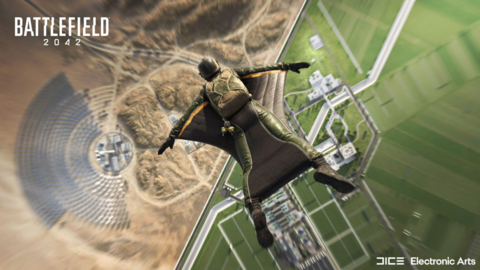 E3 is over, but the summer’s big gaming shows are set to continue with EA Play Live later this month. The big show kicks off on July 22, but EA has a lot more in store than we previously knew about. The company has announced the EA Play Live Spotlight Series, which comprises five different broadcasts throughout July leading up to the main event on July 22.

EA said you should think of the Spotlight Series as a collection of panels, while the main show on July 22 will be when EA makes announcements about new titles.

The Spotlight Series includes developers from DICE, Respawn, EA Sports, and partner studios making EA Originals titles. “These talented developers will give you insights into what they’re making and how they’re doing it, and they may even drop some new news while they’re at it,” EA said. “Each of the Spotlights will very much be its own event, featuring wide-ranging discussions with a dedicated host and a panel of developers.”

You can see a rundown of the Spotlight Series events listed below:

July 8 10 AM PT — The Future of First-Person Shooters

Apex Legends and Battlefield 2042 take center stage during this showcase. DICE’s Oskar Gabrielson and DICE LA’s Christian Grass will discuss Battlefield, while Respawn’s Vince Zampella and Apex Legends game director Chad Grenier will also appear. The discussion will touch on Battlefield 2042’s reveal, and for both titles, what to expect at EA Play Live. The developers will also discuss “the future of FPS games as a whole.”

This panel will feature Todd Martens of the Los Angeles Times speaking to developers like Josef Fares of Hazelight (It Takes Two), Olov Redmalm of Zoink (Lost in Random), Mel Philips and Abubarker Salim of Silver Rain, and Guha Bala of Velan (Knockout City). “This is guaranteed to be a spirited and wide-ranging discussion,” EA said.

For Madden NFL 22, the developers created a “Madden Design Council” where members of the community could speak to EA Sports and share their thoughts about what they wanted to see in the new game. The panel will touch on this process and how feedback shaped Franchise mode this year in particular.

This panel will also feature a “deep dive reveal” for Madden 22’s new scouting feature, which is scheduled to come to the game in September through a patch. EA’s Seann Graddy, Tom Lischke, and Andre Weingarten will be on hand to speak during the panel.

This Spotlight panel is a mystery for now, but EA said this panel will showcase an “extremely cool new addition to an extremely popular and long-running EA Sports franchise.” The assumption here is that, whatever this game is, it’ll be announced prior to the showcase.

EA is saving some big reveals for EA Play Live, of course. The main showcase on July 22 will have an “unwavering focus” on games, including new gameplay reveals, “a few giveaways,” and some surprises. WWE’s Austin Creed will host the showcase.

The main event begins on July 22 at 10 AM PT with a “short” pre-show. The showcase itself will be around 40 minutes long, and it will focus on games set for release “soon rather than in the all-to-distant future.” What’s confirmed so far is that we’ll see “what’s next” for Battlefield 2042 and Apex Legends, while the first gameplay for Lost In Random will also premiere during the broadcast, along “a couple other games to highlight as well,” EA said. “But for those, you’ll just have to wait and see.”