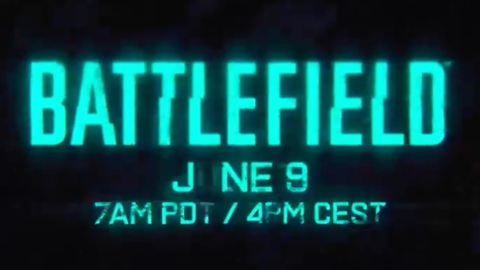 Battlefield 6, or whatever the new Battlefield game is called, will be announced on June 9. The official Battlefield Twitter channel offered the tease today, saying viewers can tune in at 7 AM PT / 10 AM ET / 4 PM CEST to see the reveal.

Developer DICE previously said it would announce the new Battlefield game in June, so this is not a surprise.

Just recently, EA said it will deliver all-out warfare and is being worked on by the biggest development team ever across four studios.

“I can tell you it is a bold step. It has everything we love about Battlefield–and takes all of it to the next level. Epic scale. All-out military warfare. Crazy, unexpected moments,” DICE general manager Oskar Gabrielson said. “Game-changing destruction. Massive battles, packed with more players and mayhem than ever before. All brought to life with the power of next-gen consoles and PCs.”

When it’s released this holiday, the new Battlefield will go up against the next Call of Duty game from CoD: WWII studio Sledgehammer Games.