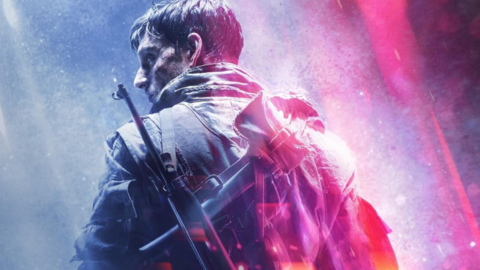 Electronic Arts and developer DICE are preparing to announce the next Battlefield game in June, but ahead of that, details around the new shooter have been leaking for some time.

We’re rounding up some of the most notable leaks here, but bear in mind that EA has yet to make any formal announcements about the new Battlefield game.

Back in March, allegedly leaked screenshots appeared on the internet and seemed to confirm the rumors that the new Battlefield game will return to modern-day combat. That’s notable because the two previous games, Battlefield 1 and Battlefield V, took place during World War I and World War II, respectively. The series hasn’t seen a modern-day setting since 2015’s Battlefield Hardline. The leaked Battlefield 6 images also seemed to suggest that the weather will play a big role in the game’s environmental destruction elements.

After this initial leak, more than 50 new images from the supposed announcement trailer appeared on Imgur that show off more of the setting of the new Battlefield game, if they’re real. All the images have the Lol Guy face meme slapped onto them.

Audio from what is claimed to be the Battlefield 6 reveal trailer emerged earlier in May. The audio featured sounds you might expect from a Michael Bay movie, which is to say lots and lots of explosions, gunfire, and yelling. A cinematic score can also be heard, while there is a “5, 4, 3, 2, 1, fire!” countdown that can be heard in the audio at one point. The audio certainly sounds legitimate and in keeping with the tone and style of Battlefield.

The audio trailer that leaked is from the first pass (the same as the images) – Both of which were not intended to be released to the public. Everyone needs to calm down.
This is why I’m disappointed it’s leaked, because it’s misleading, but I’d bet anyone $1000 it’s real.

Woke up to even more #BATTLEFIELD leaks. I’d say that we’ve now seen 80% or so of that trailer as a lot of the scenes leaked are all 5+ secs in length…
I’ve changed my mind, that trailer is now called “Shitstorm”. pic.twitter.com/cWbyh4haoE

What might be new footage of the next Battlefield game popped up on TikTok recently. The video shows footage of old Battlefield games spliced together with what is claimed to be video of Battlefield 6 at the start and the end. PC Gamer reports that this footage is not from the reveal trailer. A source told the site that the footage is legitimate but it represents an in-development version of the game that was never supposed to be shown to the public.

What We Do Know

Electronic Arts has officially confirmed that a new Battlefield game is coming this holiday and it will feature more players than we’ve ever seen in a Battlefield game before. On an earnings call recently, EA management discussed how Battlefield 6 might adopt more of a live service element than earlier entries in the series.

“I think you’ll see that and what we’ll talk about in the future, it is an opportunity to extend the Battlefield experience for people because it is such an engaged community,” EA CFO Blake Jorgensen said.

Jorgensen also hyped up the Battlefield 6 reveal trailer, as well. Jorgensen said he recently saw an early look at it and he was so blown away that he could only describe it in words that aren’t acceptable in polite company.

“I’d love to tell you what I said when I saw the trailer last week, but I can’t because it would get censored. I think people are going to be really blown away. And I’ll tell you on [PS5 and Xbox Series X|S], it is even more spectacular, but it will be great on either console.”

As for Wilson, he said the four development teams working on the new Battlefield game are doing a great job and he’s excited to share more details in June.

“What the team has been able to do in the context of next-generation consoles and epic scale battles, unbelievable player accounts, destruction in terms of those which is really incredible, and it’s a very innovative and creative mode for the future of the franchise,” he said.

Also during the call, Jorgensen spoke about Burnout developer Criterion’s involvement in the new Battlefield, suggesting that the studio will lend its expertise in driving and flying elements to the new game. Jorgensen also said the team at Criterion is happy to be working on Battlefield as part of its continued cooperation and collaboration with DICE over the years across the Star Wars: Battlefront series and others.

“They are experts in driving, flying–the things that are really hard to do,” he said. “And so, it’s not the first time that we pulled them into projects and they love it.”

Battlefield 6, or whatever EA decides to call the game, will be announced in June and then presumably shown off again during EA Play Live 2021 in July. In other news, an EA representative has responded to fan frustration about the long wait for the game and its cross-gen nature.