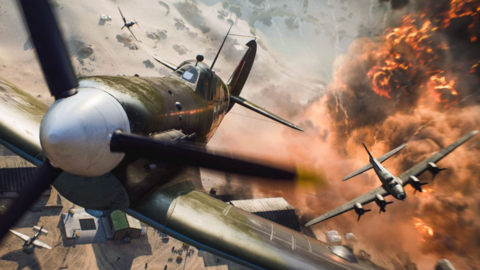 EA and developer DICE will release the first trailer for Battlefield 2042’s mysterious Hazard Zone mode this Thursday, October 14. A teaser video released on Tuesday contains some clues about Hazard Zone, as the video reveals it is a squad-based mode.

“Every squad for themselves,” the video says. “Come prepared.”

How To Watch The Battlefield 2042 Reveal Trailer

The reveal trailer for Hazard Zone releases Thursday, October 14 at 8 AM PT / 11 AM ET, and it’ll premiere through the video below at that time.

What Is Hazard Zone?

We don’t know exactly what Hazard Zone is, but the trailer confirms it is squad-based. Additionally, DICE has described it as an “all-new high-stakes multiplayer experience…”

“It’s also something the team has been thinking about for many years. It has some really special components, and it really leans into the super powers of Battlefield and DICE at the same time,” Gabrielson added.

Hazard Zone is the third pillar of Battlefield 2042’s multiplayer-only approach. The other main modes are All-Out Warfare (which includes classic Battlefield modes like Conquest and Rush), as well as Portal. This ambitious-sounding mode lets players create their own maps and modes, and they can mix and match content from previous games, including Bad Company 2.

After a delay, Battlefield 2042 is now scheduled to arrive on November 19 across console and PC.

When Does Battlefield 2042 Unlock?