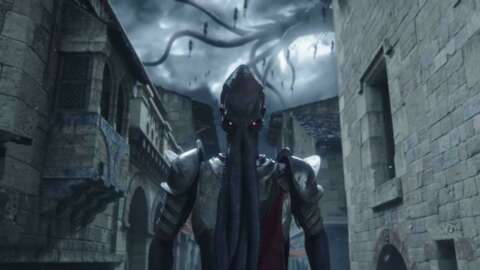 Just a few months after opening a new studio in Guildford, Baldur’s Gate 3 developer Larian Studios is continuing its expansion with the opening of a new office in Barcelona. The new location is part of a team now spread across seven locations, with studios based in Ghent, Quebec, Dublin, St Petersburg, Kuala Lumpur, Guildford, and Barcelona.

The new office has been opened as part of a deal with existing studio BlitWorks, who are known for their mobile and console ports of various games–including the Nintendo Switch port for Larian’s Divinity: Original Sin 2. Under the new deal, BlitWorks’ development teams have been absorbed into Larian Studios, while BlitWorks will continue on as an independent publisher.

Job listings for the new Barcelona studio mention that developers will be working on Larian RPG projects, with the introduction for a programming role saying the studio “is working on new projects and looking for new talents.” With BlitWorks’ history, however, it’s likely the new studio will be focused on console ports for Larian’s games.

“Fitting Divinity: Original Sin 2 on Nintendo Switch was one of the most difficult projects we’ve ever done, but working with Larian was simple and straightforward, we felt at home,” BlitWorks co-founder Tony Cabello said of the two companies’ history. “In the end, we could deliver a port of the ‘utmost quality.’ After that, things flowed naturally and we can only say we’re excited to finally put all our focus exclusively on Larian’s projects moving forward, and help build Larian Barcelona!”

“The team at BlitWorks is one of the hidden gems of our industry,” added Larian Studios founder Swen Vincke. “They have been nothing but excellent, have consistently delivered high quality, and share a deep passion for games. They’re a natural fit.”

Larian released Baldur’s Gate 3 in early access late last year, though a full release date for the ambitious RPG has not yet been announced.