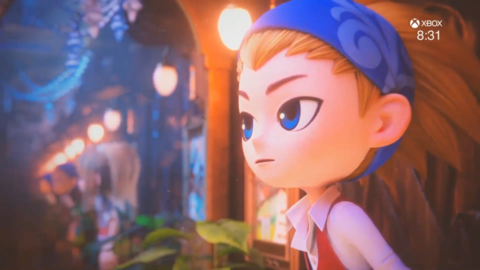 It appears that Yuji Naka may have left Square Enix. As first picked up by VGC, fans reported that the Sonic co-creator updated his social media recently to show that his employment at the Balan Wonderworld publisher ended on April 30. We’re reached out to Square Enix for comment, and we’ll update this article if we hear back.

Balan Wonderworld was the result of a collaboration between Naka, fellow Sonic creative Naoto Ohshima, and many other veteran developers who worked with him over the years. Naka created a new studio within Square Enix to develop the game that would become Balan Wonderworld. Naka previously worked on notable games such as Nights Into Dreams and Phantasy Star Online. It’s unclear what his departure means for the studio he helped create.

Unfortunately, Balan Wonderworld failed to impress critics, earning a Metascore of 51 on Metacritic, which equates to “mixed or average reviews.” In GameSpot’s review of Balan Wonderworld, critic David Wildgoose described the game as dated in the extreme, though not without its charms. Back in March, it also emerged that the game can cause seizures without its launch patch installed, so make sure to connect to the Internet before playing it.

“Balan Wonderworld feels like a game from another time. In a different era the rough edges, inconsistent mechanics, and formulaic design may have been things that players could overlook, but in this moment in time, it’s a 3D platformer of a quality that can’t compete with polished modern-day contemporaries from Nintendo, Sony, and the like,” he wrote. “It has its merits and delivers an unexpectedly mentally stimulating platformer when it manages to play to its strengths, but even a stopped clock is right twice a day.”