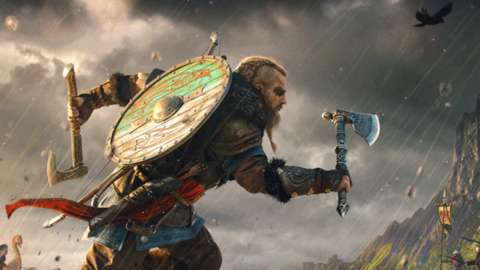 Ubisoft released its latest earnings report on Thursday, and among the key takeaways is that Assassin’s Creed Valhalla has become a gigantic success for the company.

The publisher also touched on Far Cry 6, which released outside of the latest reporting period that ended on September 30. No hard sales numbers were divulged, but Ubisoft said “early sales” were in line with Assassin’s Creed Odyssey. Additionally, playtime per user was up 25% compared to Far Cry 5, Ubisoft said (maybe those emails helped).

“With an exciting post-launch plan over the coming months, Far Cry 6 is set to be a strong performer this holiday,” Ubisoft said.

The report also included insight into Ubisoft’s long-in-development pirate game, Skull & Bones. Management said the fact that the game has been making headlines of late around its development issues highlights the “challenges behind the creation of new IP.”

“Work on the game continues to progress well and the Singapore team passed important new production milestones. Producing ambitious new IPs is hard, requires fortitude and long-term vision. This is how major industry franchises like Assassin’s Creed and Tom Clancy’s The Division have been created,” Ubisoft said.

Additionally, the report includes some insight into Ubisoft’s new push into the free-to-play market in a bigger way with games like The Division: Heartland and Ghost Recon: Frontline. The company wants its games to reach a wider audience, and making some free-to-play is a means to do that. That being said, Ubisoft said it’s no surprise that it has struggled so far.

“Success may first imply failures, to grow and learn as the group constantly builds new skills, technologies, and capabilities. While there is more work ahead, Ubisoft is confident these organic investments will ultimately pay off and significantly enhance the scale and value of its biggest franchises,” Ubisoft said.

The report also includes some commentary around the controversies surrounding Ubisoft regarding its workplace culture. The company said its new HR boss, Anika Grant, is working hard to “build a safe, respectful, and inclusive workplace for everyone at Ubisoft.”

Ubisoft has been accused of having a toxic, frat house culture. CEO Yves Guillemot has pledged to improve the company’s culture in a number of ways, including by revamping HR processes, installing a new code of conduct, rolling out mandatory training regimens, and hiring new leadership. According to GI.biz, Ubisoft has made minimal changes in the wake of the allegations.