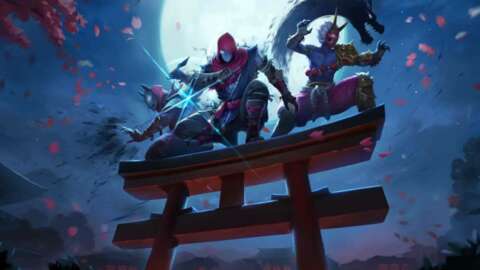 Stylish ninja stealth game Aragami 2 has been announced, and much like the original 2016 game, players will to the shadows as they strategically eliminate enemies who have entered the Rashomon Valley.

Developer Lince Works says that Aragami 2’s campaign will be playable solo or in co-op for up to three players, and that the game will feature a new combat system and enhanced stealth mechanics that once again emphasize a strategic approach to the art of assassination.

“We based the combat on fast character movement, explosive dodges, and lightning-fast combo attacks,” community manager Gina Campoy explained in a PS Blog post. “At the same time, we discouraged blocking, since we want to keep action fast-paced and convey that our character uses his agility and reflexes over strength. Instead, we favored parries, since they are more dynamic and technical in their application.”

With the co-op from the previous Aragami game expanding from two players to three, Lince Works focused on finding a sweet spot that blended the new combat design with versatility, speed, and a tactical approach to using the extra ninja in a player’s team. An example of this new strategy would be for one player to keep a lookout for enemies while the other two ninjas clear a section of the map. Combined with a new skill tree, Aragami 2 is aiming to find a balance between fun and challenging in co-op.

“As a solo player, you can only unlock half of the ability tree when arriving to the maximum level, encouraging you to find partners that complement your playstyle with other roles,” Campoy said. “For instance, if you’re a stealthier player, you’d need another one that helps fight when battles erupt, and another that supports the team with recovery or combat items.”

Aragami 2 is currently scheduled for a September 17 release, and will launch on PC, PS4, PS5, Xbox One, and Xbox Series X|S.