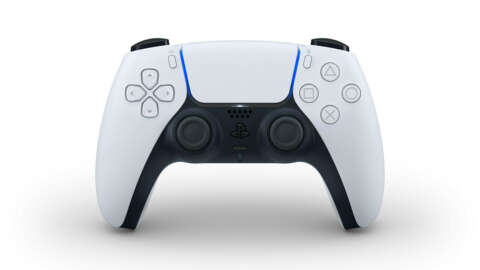 If you’re looking to buy another DualSense controller for some couch co-op action, you can now pick one up from the Apple Store. Just don’t go to Apple looking for any discounts.

Apple’s addition of Sony’s DualSense to its store comes after an iOS update that introduced support for the controller. Users can now pair the controllers to their iPhone, iPad, Mac, or Apple TV over Bluetooth to play games, including some available on the Apple Arcade. PlayStation owners can also stream games to their devices using the PS Remote Play App. Keep in mind though that while the DualSense comes loaded up with next-gen features like haptic feedback and adaptive triggers, they won’t be present if you’re playing a game on an Apple device.

In other DualSense news, Sony recently announced the first two new colors for the next-gen controller. Along with the PlayStation 5’s default white version, Midnight Black and Cosmic Red variants are being added to the lineup. The former features “different shades of black with light grey detailing” while the other has “a striking black and red design inspired by the unique vivid shades of red found throughout the cosmos,” according to PlayStation’s Isabelle Tomatis.

The two new DualSense colors release June 18 and can be preordered at Amazon, Best Buy, and GameStop. The Cosmic Red controller will cost $75 while the Midnight Black version will run customers $70.