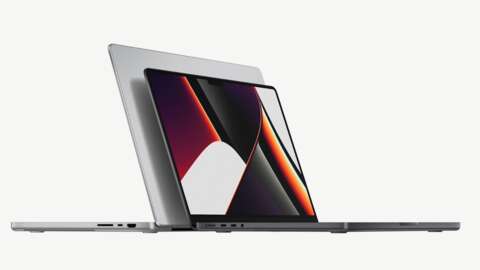 When Apple announced its first in-house M1 chips for its MacBook Air and Macbook 13-inch, it was clear that the company still had some work to do replacing Intel for its more power-hungry users. It took some time, but today Apple revealed not one, but two new versions of the M1 chip alongside two new MacBook pro models, both of which feature big design changes.

First and foremost, say goodbye to the divisive touchbar for good. Apple has conceded and replaced the OLED strip at the top of the keyboard with physical function keys, which is sure to please many Macbook users. Additionally, the new 14 and 16-inch models come with a lot more ports, including HDMI out, an SD card reader, three Thunderbolt ports, and the return of the MagSafe charger. This new MagSafe 3 can charge either laptop up to 50% in just 30 minutes, says Apple.

The other big change is with the display, with both models featuring the same panels found in the latest iPad Pro. The Mini LED panels will allow for some fantastic local dimming, with the rated 1600 nit peak brightness ensuring HDR content will shine on the display. It also means that the bezels are much, much thinner, although that has allowed Apple to bring over the notch from the iPhone to its Macbooks. It’s a peculiar addition, especially since the notch doesn’t house a FaceID-capable camera, with just a regular 1080p webcam instead.

The stars of the show, however, are the improvements to M1. Apple revealed the M1 Pro and M1 Max, both of which are significant leaps forward in terms of performance. Each is built on the same 5nm process as the original M1, but feature an increased 10 Cores for processing (eight performance cores and two efficiency cores) as well as RAM capabilities up to 64GB (on the Max, at least, with the Pro limited to 32GB). Apple says that the M1 Pro alone is 70% faster than the original M1 in CPU intensive tasks, while the M1 Max can push even further. The M1 Max features a staggering 57 billion transistors, making it the largest chip Apple has designed by some margin.