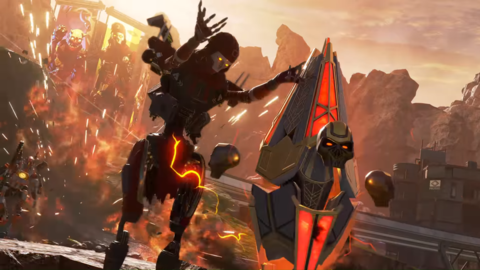 Apex Legends is getting a small update Monday, May 24, and it makes some tiny but significant changes to the game. This patch restores the slow effect on Wattson’s fences, reworks some aspects of the new Arenas mode, and adjusts loot logic to even out the drop rate of Backpacks and other items.

Players have complained that Wattson’s electric fences no longer slow down opponents on contact for most of May. According to Respawn, this is an unintended bug that was added to the game at an unknown point around the launch of the game’s current Season 9, but it should be fixed by this update.

In addition to the Wattson shift, Valkyrie is getting some minor changes, including a small delay after using her ult to make sure that players aren’t accidentally activating it. It also patches two exploits involving the firing range and an edge case that allowed Valkyrie to activate her ult after launching off of a jump pad.

The patch also adjusts Apex’s new arena mode, most notably by adding penalties for leaving a game mid-match. In another small change, the update reworks the logic for loot items being spawned on the ground, which should cause backpacks to spawn more evenly, which is an issue that players have complained about in recent days.

Apex Legends developers recently commented publicly on the game’s monetization policies as part of a Reddit AMA. A recent patch for the game nerfed the Spitfire LMG and the new Bocek Bow.