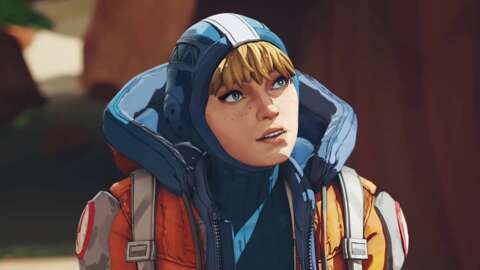 Respawn has released the patch notes for Apex Legends Season 11: Escape. Wattson mains can finally rejoice, as the new season will make substantial buffs to the defender legend’s tactical and ultimate abilities.

“Move aside Ash, this is Wattson’s season,” Respawn writes in the Apex Legends Season 11 patch notes. “Her win rate and encounter win rate have always been above average. This could be for a multitude of reasons; her defensive playstyle correlates to higher average placements, Wattson mains are diehard loyalists, and her hitbox has been the smallest in the game ever since Lifeline’s adjustment.

Now Playing: Apex Legends: Escape – Everything To Know About Season 11

Regardless, much of the high-level data that we’ve shared doesn’t match perception. Play a few games as Wattson and you’ll often find yourself wanting more out of her kit. The goal of these changes is to redistribute her invisible power into the parts of her kit that shape the battlefield in a unique way. We wanted to see what changes could spark more consistency and efficacy in her kit, and ideally ground some of the difficulties surrounding the way her abilities work.”

Those adjustments make Wattson into a more efficient deterrent. Her tactical ability, Perimeter Defense, has been buffed to increase how quickly Wattson can erect her fences, as well as how much damage they do. Plus, her ultimate ability, Interception Pylon, has been buffed so that it more regularly intercepts incoming ordinance and it recharges body shields at a faster rate. So now, when Wattson bunkers in, she can more easily protect her squad, encouraging enemies to think twice before aggressively pushing.

At the very least, these buffs will help Wattson close off rotation lanes on Storm Point, the new map coming to Apex Legends in Season 11. These buffs also help Wattson become a potentially very effective counter to Season 11’s new playable character Ash, as well as her power couple combo with Revenant.

For the full list of changes coming to Apex Legends in Season 11, check out the patch notes, which are detailed below.