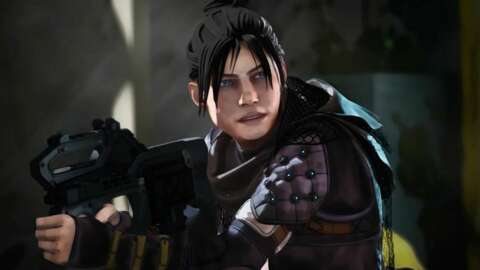 Respawn accidentally kicked off Apex Legends Season 11: Escape with aim assist on console set to PC values. The issue has since been resolved, but folks on console were playing with PC levels of aim assist for a little over a day. For context: Aim assist is a lot more prominent for Apex Legends on console than PC, meaning quite a few console players were missing shots at the start of Season 11 that they were reliably hitting during Season 10.

Escape began on November 2 at 10 AM PT. Respawn tweeted that it had “goofed” but that things were “back to normal now” at 3 PM PT the next day, implying console players were playing with PC aim assist for about 29 hours.

On one hand, this all makes sense–it’s no wonder I was repeatedly choking with the Wingman and 30-30 Repeater in GameSpot’s Apex Legends Season 11 launch livestream (embedded above). I was unknowingly working with a lower level of aim assist than I’m used to while playing on Xbox.

But on the other hand, I wasn’t missing all that many shots. I was able to adapt fairly easily after a few games and by that evening, I was able to land hits consistently. As an (admittedly, unplanned) test, the start of Season 11 is a good case for players who argue that console users don’t need such a heightened level of aim assist to compete with PC players.

If Twitter is any indication, the replies underneath Respawn’s tweet about its goof seem to agree with that sentiment. There are a lot of people who want Respawn to revert the change on consoles and go back to PC levels of aim assist. Admittedly, most of them seem to be PC players who are appreciating that console players temporarily had worse aim. But perhaps Respawn will look at the data from this unintended test and make adjustments to console aim assist in the future.