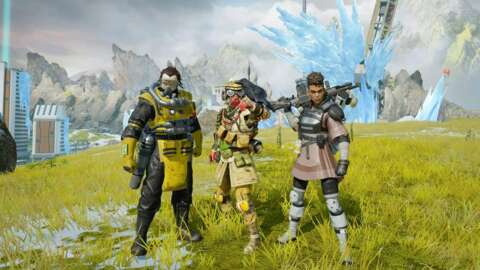 As a free-to-play game, Apex Legends sells various cosmetic items, which in turn have helped publisher Electronic Arts make billions from microtransactions. The free-to-play/microtransaction model has its share of critics, and now developer Respawn has weighed in to explain how it approaches monetization in the battle royale game.

Respawn’s Ryan Rigney shared an update from the Apex Legends studio’s “monetization guy” as part of a recent Reddit AMA (via Eurogamer). Pricing is “tricky,” the developer said, and it’s an element of the game that the studio is thinking about “constantly.”

With that in mind, Respawn stressed that, above all else, gameplay considerations come first. “The first goal we tried to adhere to is that gameplay isn’t locked in anyway around monetization and that it doesn’t feel pay-to-win,” the studio said. “That’s why Legends are grindable and Legend Tokens are generally easier to get to unlock Legends (yes, we know that has led to other challenges we have to fix…math is harder than people think and when your assumptions are wrong, it’s hard to adjust).”

The other half of the equation is actually making money. Respawn is a business, and the studio said it has to think about “how to keep the business healthy” so it can continue to keep the lights on, pay its developers, and make more content for Apex Legends.

That comes from, among other things, selling cosmetics. But Respawn sought to remind players that while other battle royale games release new skins at a rapid pace–this is presumably a reference to Fortnite–the team at Respawn is smaller. This content takes time to develop, and it’s an expensive process, Respawn said.

“As much as people think we can turn cosmetics out easily because our competition outputs content at a high rate, our team is much smaller and spends more time on our skins,” Respawn said. “The part of the equation people miss is the expense side of the people we have working on these things and the fact that we can’t work 24/7. It’s more expensive than people think in terms of number of people and hours because people don’t factor in tons of back and forth on concept, QA, ideation, creation, etc.”

Once the new content is created, the studio considers what to charge for it. “We want Apex to be around for a loooooong time,” Respawn said. “Us being able to continue to make the game depends on operating a healthy business.”

“We’re hoping players understand this is something we’re working hard to balance, but when you consider the full picture, it’s a tough challenge,” Respawn said. “There’s a lot players want from the Apex Universe, there’s a lot we want to give, but we can’t do that unless we’re a healthy business at the end of the day. New game modes, maps, features all come at a cost we’re trying to support.”

Finally, Respawn said it understands not everyone can or wants to pay for cosmetics in Apex Legends, which is why the game offers a “prize track system” that allows players to unlock new content just for playing the game and advancing through the battle pass.

Apex Legends recently crossed a financial milestone, hitting $1 billion in lifetime net bookings, according to EA. This achievement came before the game’s Switch release, and the mobile edition is still coming up, so it seems Apex Legends still has significant growth potential when it comes to microtransaction revenue.

In other news, Respawn just announced a Dota 2-style crowdfunding campaign where people can buy in-game Apex Legends cosmetics to contribute to a ALGS prize pool that could reach $3 million if enough people buy the content.

Charging Money For Destiny 2’s Dungeons Isn’t A Big Deal, But Its Monetization Is A Mess