Skip to content
Homepage / Check it out / Another Group Of Ex-Blizzard Devs Are Making A New PC RTS, This Time With Tencent 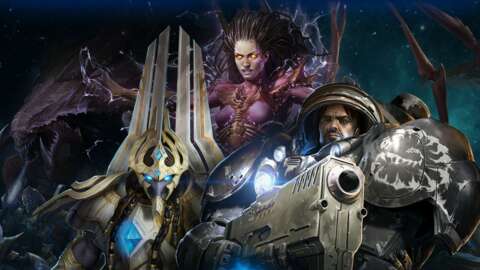 In what has become an ongoing trend, two ex-Blizzard employees have formed a new studio and are looking to make a new RTS title for PC, this time in partnership with Tencent Games.

The new studio is called Uncapped Games, and is being led by Blizzard veterans David Kim and Jason Hughes. Both have worked on numerous Blizzard games over the years, with their collective development history including work on the still-in-development Diablo 4, as well as Starcraft 2: Legacy of the Void, and Diablo 3.

“Making the next great PC RTS has been my goal for almost a decade now, and Lightspeed and Quantum is giving us an awesome shot at making that,” Kim says in a statement (via IGN). “Putting together a team of great developers with lots of experience and being backed by the right people who also believe in RTS as much as we do, is our first big step in getting there.”

If this whole scenario sounds familiar, that’s because it is. Uncapped Games is just the latest game studio comprised of former Blizzard developers looking to branch out on their own.

Frost Giant Studios, led by Blizzard veterans Tim Campbell and Tim Morten, have also proclaimed to be making the next great PC RTS, and recently partnered with former Blizzard CEO Mike Morhaime’s Dreamhaven to make the game a reality. Dreamhaven itself is composed of multiple game studios made up of numerous ex-Blizzard veterans.

And then there is the recent formation of Ben Brode’s Second Dinner and Chris Metzen’s Warchief Gaming. Both men were major forces at Blizzard, with Brode long serving as game director for Hearthstone and Metzen being one of the company’s founding fathers, serving as creative director on games like World of Warcraft and Warcraft 3. Second Dinner is currently working on a game in conjunction with Marvel, while Metzen’s Warchief Gaming raised $1.2 million on Kickstarter for its tabletop RPG setting Auroboros: Coils of the Serpent earlier this year.

At this time, no further details about Uncapped Games’ new RTS have been revealed, so it’s unclear what the game will entail or when it might be released.