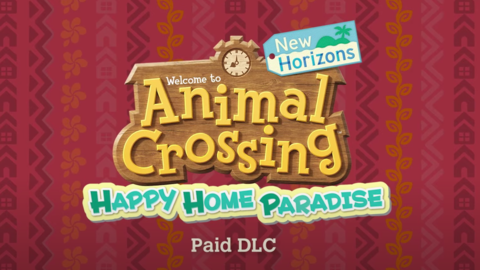 The $25 expansion launches on November 5, with pre-orders opening on October 29. It’s also included with a Nintendo Switch Online membership through the new expansion pack offering.

Taking place on a different island, not your own, the expansion calls on players to build new homes for villagers. You can select which island to build their vacation home on, and there are multiple seasons and weather elements depending on what you think the villager might want.

Players can select the wallpaper, mood lighting, and the outside design with things like fences and trees.

In addition to Happy Home Paradise, Nintendo has detailed the final free DLC for New Horizons, and it sees the return of the Roost this November.

Animal Crossing: New Horizons Will Now Pull Your Weeds For You–For A Price