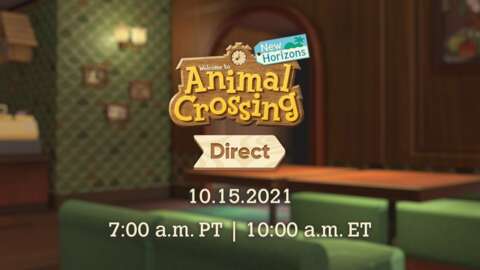 Nintendo has announced an October 15 airing of the Animal Crossing: New Horizons Direct teased during the September 23 Nintendo Direct, meaning we won’t have to wait much longer to see what’s coming home to Roost on our islands.

Per the Nintendo Direct on September 23 we know that The Roost, an in-game coffee shop run by a bird named Brewster, will be featured during this Animal Crossing Direct, but there has been no further indication as to what new features are coming to the game. The ACNH version of The Roost was not shown, but we can see from that teaser it will be an extension of the Museum and open 24 hours a day.

The Roost marks the first location-based expansion to the Animal Crossing: New Horizons island since the game’s release in March 2020. There have been regular updates since launch, most recently the return of Halloween festivities on October 1, but this will be the first time a new area comes to the game via downloadable update.