Skip to content
Homepage / The Legend of Zelda: Ocarina of Time / An Early Zelda 64 Prototype Had Portals Throughout Hyrule Castle 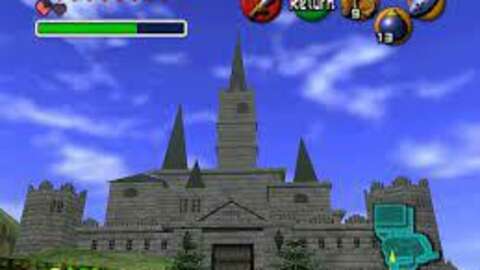 Former Nintendo developer Giles Goddard is probably best known for his work on Star Fox, or for Super Mario 64’s stretchy Mario face, but it turns out he had a hand in the earliest days of Zelda on the Nintendo 64 too. In a new interview with MinnMax, Goddard reveals that he worked on an early Zelda tech demo that had Link navigate Hyrule Castle through a series of portals.

Goddard starts out talking about the Shoshinkai 1995 demo, a brief clip of Link fighting a metallic enemy, which he created to show off the potential for a 3D Zelda and the capabilities of the then-unreleased Nintendo 64 console.

While this short demo was designed to be shown to the public, and has survived since then in a number of YouTube videos, Goddard went on to mention another demo that has never seen the light of day.

Intended to push the limits of what the Nintendo 64 was capable of, the unreleased demo showed a version of Hyrule Castle filled with portals, which players could look through to see a completely different part of the map. When asked why the concept never made it into the full game, Goddard says that the team working on Ocarina of Time probably never even saw his portal-filled tech demo.

Sadly Goddard has said he can’t share this gem with the internet as it’s still Nintendo’s property, but it’s still interesting just to know it exists. The former Nintendo dev recently hosted an AMA on Reddit, which is full of even more interesting tidbits from his time working on games like Star Fox, Super Mario 64, and 1080 Snowboarding.