Skip to content
Homepage / Check it out / Among Us McDonald's Chicken Nugget Reaches $99,000 On Ebay 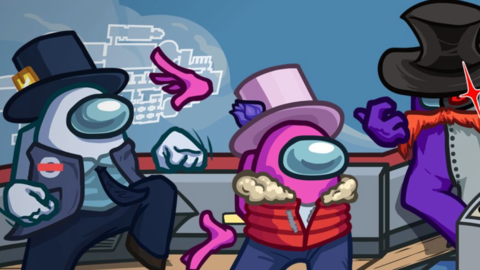 Someone on eBay is selling a McDonald’s chicken nugget shaped like a character from Among Us, and the bidding has exploded to unthinkable heights.

An eBay seller polizna listed the chicken nugget recently and so far there have been more than 180 bids. The current high bid is $99,897 at press time.

This is not just any chicken nugget–it’s from the recently launched Happy Meal produced in partnership with the South Korean boy band BTS.

The winning bidder will receive the chicken nugget frozen and airsealed “to ensure freshness.” The nugget will be delivered before the food’s average 14-day expiration period, so it could be technically safe to eat, but please do not take our word for it.

The seller has listed the nugget’s condition as “used,” while szechuan sauce can be shipped with the nugget if that’s what you want. Other Among Us-shaped chicken nuggets from McDonald’s have already sold on eBay, but this one might be special because of the BTS connection. Additionally, Among Us developer Innersloth promoted the auction page.

The seller goes by the name Tav, and they told GameSpot sister site CNET that they expected the auction to reach about $50. The seller also doesn’t believe anyone will actually pay thousands of dollars for the nugget–the winning bidder is probably just doing it for the memes and will back out, Tav said.

“I had figured it would get somewhere around $50 but nothing like this, at the end of the day there are some people out there who *would* pay some absurd price for a McDonald’s chicken nugget, but I don’t think the final bidder will actually go through with the purchase as there are lots of people who bid on things like this for the ‘memes.'”

The auction for the Among Us chicken nugget ends on Friday, June 4.

In other news, Innersloth will make some kind of announcement about Among Us during Geoff Keighley’s Summer Game Fest Kick Off event on June 10, so keep checking back with GameSpot for more.