Skip to content
Homepage / Check it out / Alfred Hitchcock's Vertigo Will Become A Video Game, Sort Of 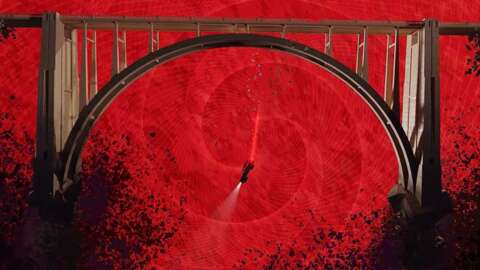 Indie game developer Pendulo Studios is making a game called Alfred Hitchcock’s Vertigo, but if you were hoping to hear Nolan North’s best Jimmy Stewart impression, you might be disappointed. When publisher Microïds announced in 2018 that it had licensed Hitchcock’s name and likeness for a Vertigo game, it said that the game would be “loosely based” on the classic film.

However, based on the trailer that premiered recently, it seems that the game will mostly share thematic parallels with the movie. It will also borrow the trademark visual motifs from its opening sequence, which was designed by Saul Bass. As many insufferable moviegoers know, Vertigo follows an ex-police officer who becomes obsessed with a client’s wife and slowly begins to wonder if he can trust his own mind. It is widely considered one of the greatest films of all time.

According to a recent dev diary by narrative designer Josué Monchan, the game follows a man who becomes traumatized after a car crash. The man believes that his family was in the car with him at the time of the collision, but it’s not clear if he can trust his own recollection, similar to Jimmy Stewart in the film. In that same dev diary, Monchan said that the studio plans to recreate some of Hitchcock’s signature techniques, including the “dolly-zoom effect” that is highly associated with Vertigo. (It involves rolling a camera on a dolly one way and zooming in or out to distort an otherwise static image in a subtle way.)