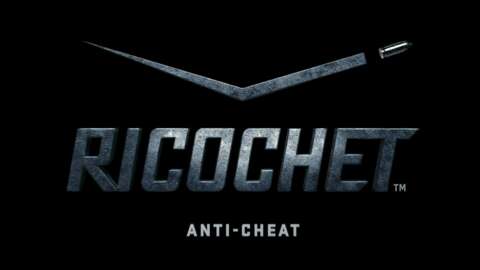 Cheaters have plagued Call of Duty: Warzone since the battle royale’s inception and hackers were even ruining lobbies during Vanguard’s multiplayer beta, but Activision has finally revealed the details for the new anti-cheat system.

On October 13, Activision announced that Call of Duty will be able to better combat cheaters with the upcoming Ricochet Anti-Cheat system. The publisher describes this as “a multi-faceted approach to combat cheating, featuring new server-side tools which monitor analytics to identify cheating, enhanced investigation processes to stamp out cheaters, updates to strengthen account security, and more.”

Additionally, there will also be a new PC kernel-level driver, which has been developed internally for Call of Duty. This new driver won’t arrive with Vanguard’s release, but instead it will launch first with Warzone’s Pacific map update and come to Vanguard at a later date. Activision says that this new driver will assist in the identification of cheaters, as well as help with reinforcing and strengthening the overall server security.

“Kernel-level drivers are given a high-level of access to monitor and manage software and applications on a PC, such as your PC’s graphics card driver,” Activision said. “The driver element of the Ricochet Anti-Cheat system will check the software and applications that attempt to interact and manipulate Call of Duty: Warzone, providing the overall security team more data to bolster security.”

There may be some controversy around this new anti-cheat system as the kernel is the core of a PC’s operating system, and the kernel-level drivers gain the highest level of access to a player’s PC. However, it will be required to play Warzone once it is implemented.

Activision’s announcement includes a statement on player privacy, which says that the driver is not always on. The software supposedly turns on when you start Call of Duty: Warzone and should shut down when you close the game. Furthermore, the kernel-level driver only monitors and reports activity related to Call of Duty.

As an added layer to the Ricochet system launching with Vanguard, cheaters will also be further countered by the use of machine learning algorithms, which Activision says will help to identify suspicious behavior trends. However, the publisher confirms players will still have the option to report suspicious activity, as it says player-reporting will remain a critical element in Call of Duty’s anti-cheat measures.

Some players might find this kernel-level anti-cheat to be too risky and be hesitant to give such high-level access to their PC, but given the abundance of cheating right now, Call of Duty might need this extreme measure to finally stomp out all those annoying aimbot and wallhack users. Activision already banned over half a million Call of Duty accounts, but there’s still no shortage of cheaters.

These kernel-level services are replacing the more common anti-cheat systems that run in “user mode” to combat the cheating software developers, who work to evade standard anti-cheat detection with their own kernel-level devices. And this level of anti-cheat isn’t something new either, as Riot Games already uses kernel-level drivers for League of Legends and Valorant.

For those with concerns, Activision did include a FAQ regarding the Ricochet Anti-Cheat system and kernel-level driver.

Call of Duty: Vanguard will launch as Activision Blizzard faces a lawsuit from the state of California over alleged harassment and discrimination against women.