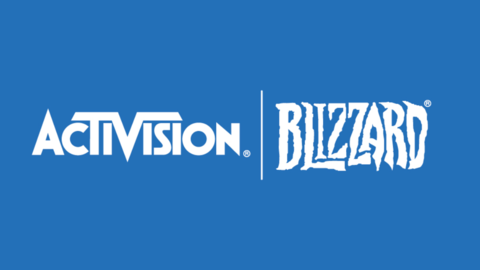 The latest chapter in the ongoing Activision Blizzard controversy around the treatment of women in its workplace has unfolded. The Call of Duty and Warcraft publisher confirmed it has fired 20 people while it also is trying to pause California’s lawsuit due to claims of ethics violations.

Activision Blizzard executive vice president for corporate affairs, Fran Townsend, sent an email to staffers this week addressing the latest developments, and this note was shared online. Townsend, who came under fire at the onset of the lawsuits for her initial reaction to the news and her social media presence, said Activision Blizzard’s future “depends on fostering a company culture where all feel safe and heard.” One part of this is that Activision Blizzard needs to prove to its employees that when they speak up about any issue, they are heard.

“I have been quietly listening over the last few months to your comments, concerns, and observations. I am grateful to everyone who shared their points of view–especially those who challenged us to do better,” she said. “It’s important to me that you know how seriously I take this, and how committed I am to the next steps we will take together. We are working tirelessly to ensure that, moving forward, this is a place where people are not only heard, but empowered.”

Townsend said it has become clear that Activision Blizzard needs to do more and act faster to respond to the concerns of its employees. To that end, the company said it has grown in compliance team and is now putting a greater focus on “how we handle claims and communicate with the members of our team who are involved.”

She went on to say that Activision Blizzard has seen an increase in reports about bad behavior, including incidents that occurred years ago to those taking place currently. Activision Blizzard is using internal and external resources to investigate the issues, Townsend added. In terms of action taken so far, Townsend said more than 20 people have been “exited” from the company so far due to the investigations, while the same number “faced other types of disciplinary action.”

One prominent developer let go from Activision Blizzard was the director of Diablo 4. Additionally, Blizzard will rename the Overwatch hero McCree after the developer he was named after was booted from the company.

Activision Blizzard hired Jen Brewer to head up the company’s new Ethics and Compliance team. To keep up with the influx of new reports about bad behavior, Activision Blizzard created three new full-time positions related to this, while the goal is to grow this much more in the future, with the team size expected to reach 19 full-time employees on the Ethics and Compliance team.

Townsend went on to say that Activision Blizzard will do more in the area of transparency to show the public it is taking action. She said the company cannot always share everything due to privacy reasons, but when it can, Townsend promised “we will be sharing more information with you.” This will also include regular updates on aggregate data related to its investigations.

“We are committed to making meaningful and positive change, and this is just the start. We will be sharing additional updates in the coming weeks and months. We know there is always more work to do. We are committed to continuing that work,” Townsend said.

It remains to be seen what impact these moves may have on Activision Blizzard’s future workplace culture. Some of its studios, including Blizzard, have been removing inappropriate references to items and former employee names in some games, including World of Warcraft.

Before this, Activision announced it would create an $18 million fund to “compensate and make amends” to workers who experienced harassment and abuse. Activision Blizzard said it denies any wrongdoing, but has agreed to this settlement in any event to avoid any “expense, distraction, and possible litigation.”

For more, check out a timeline of all the key events in the Activision Blizzard lawsuit case.

In Marvel’s Avengers, Spider-Man And The New Raid Put A Premium On Teamwork