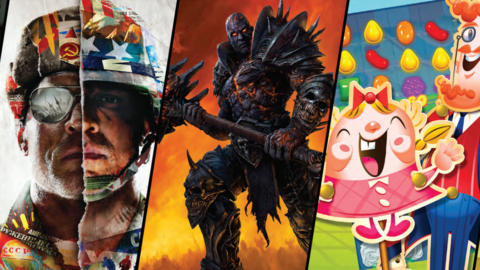 Just days after a judge rejected Activision Blizzard’s petition to pause California’s lawsuit, the video game company has announced a series of changes it’s making to help improve its corporate culture amid ongoing lawsuits related to sexual harassment and discrimination. Additionally, CEO Bobby Kotick said he is asking the board to cut his salary to the lowest level possible for someone in California and to remove all of his bonuses. On top of that, Activision Blizzard is waiving mandatory arbitration, which is something the workers’ advocacy group had been asking for.

In a news release, Kotick acknowledged Activision Blizzard’s shortcomings, saying, “The guardrails weren’t in place everywhere to ensure that our values were being upheld.”

“In some cases, people didn’t consistently feel comfortable reporting concerns, or their concerns weren’t always addressed promptly or properly. People were deeply let down and, for that, I am truly sorry,” he said. “Being welcoming and inclusive, in the context of our workplace, is crystal clear. We will still passionately debate ideas, employ healthy skepticism when appropriate, and demand excellence and rigor in all of our pursuits–but we will always treat each other with dignity and respect. And regardless of differences, voices will be heard, perspectives welcomed, and contributions valued.”

Still, Kotick said Activision Blizzard has “a lot more to do if we are to be the company that others emulate.”

There are five specific changes that Activision Blizzard is seeking to implement to improve its corporate culture. These include a new zero-tolerance harassment policy and a drive to increase the percentage of women and non-binary people in the workforce by 50%. (The figure today stands at around 23%). Additionally, Activision Blizzard is waiving mandatory arbitration in sexual harassment and discrimination claims–this decision was informed by feedback from employees, Kotick said. “For any Activision Blizzard employee who chooses not to arbitrate an individual claim of sexual harassment, unlawful discrimination, or related retaliation arising in the future, the company will waive any obligation to do so,” Kotick said.

The five changes are listed in full below, as written by Kotick.

Regarding Kotick’s pay, he said he has asked the board of directors to cut his pay to $62,500, which is the lowest amount allowed by California law for people earning a salary. Kotick’s bonuses are being cut, too. “To be clear, this is a reduction in my overall compensation, not just my salary. I am asking not to receive any bonuses or be granted any equity during this time,” he said.

Kotick said his pay will only return to what it was before if and when the company achieves its “transformational gender-related goals and other commitments” as determined by the Board.

“I truly wish not a single employee had had an experience at work that resulted in hurt, humiliation, or worse–and to those who were affected, I sincerely apologize. You have my commitment that we will do everything possible to honor our values and create the workplace every member of this team deserves,” Kotick said.

“I am grateful for how much people care about this company, and I appreciate that many past and present employees have reached out with their thoughts, concerns, complaints, and suggestions. Your experiences, so courageously shared, serve as reason and reminder for why it is so important for us to do better. And we will.”

For more, check out a timeline of the Activision Blizzard sexual harassment and discrimination case, which runs through all the key developments in the story.

Iron Banter: This Week In Destiny 2 – Crucible Tips For Jumping Into Halo Infinite

The Original Titanfall Is No Longer Available For Sale, But The "Universe Will Continue"