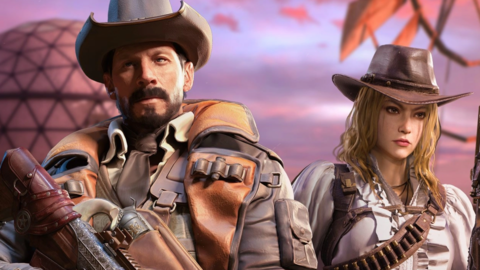 Tencent’s TiMi Studio Group is opening an office in Montreal that will work on a new AAA IP that is an open-world game. The Montreal team is TiMi’s third in North America, joining the teams in Los Angeles and Seattle.

TiMi makes some of the most popular games on the planet, including Call of Duty: Mobile and Honor of Kings, and it’s also behind the upcoming Pokemon Unite.

The new Montreal studio will focus on the “creation and development of an original IP” that is a AAA open-world service-focused game for multiple platforms. A press release says the outfit will “set its own creativity destiny” and that it plans to grow to become a “sizable” studio by the end of 2021.

Vincent Gao, the head of global game developer for TiMi Studio Group, said Montreal is a good place to set up shop because it “offers access to a diverse, trend-setting workforce capable of creating AAA open-world experiences at a massive scale.”

“Our focus is to start with console and PC platforms with the highest quality, and then let gamers all over the world play how they want regardless of platforms,” Gao said.

TiMi’s studio in Montreal will work alongside local universities, as well as the organization Montreal International, to support its future endeavors, the company said.

Additionally, the new office in Montreal is included in TiMi Studio Group’s overall membership in the video game industry group Planet Alliance, which is doing what it can to reduce the collective carbon footprint and do more to help save the planet from an environmental perspective.

TiMi’s Seattle studio, meanwhile, is making a multi-platform shooter based on a new IP. The company’s team in Los Angeles, meanwhile, is working on something not yet announced.

“One of the shared objectives for these three new studios is to ensure truly amazing cultures of their own, that encourage risk-taking on a creative level, ” executive producer Sinjin Bain said. “We’ve already gained strong experience from setting up our existing teams in North America and with the freedom and resources we have at our disposal, we are ready to build more world class teams making amazing original AAA games.”

This Multiplatform Mobile Controller Is On Sale For A Great Price