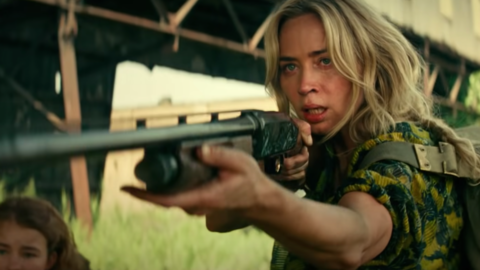 Paramount’s very popular movie series A Quiet Place is getting turned into a video game. Set for release in 2022, the game is coming from Saber Interactive, iLLOGIKA, and EP1T0ME.

It will be an “untold story of survival” set in the A Quiet Place universe. That suggests it might tell an original story as opposed to following the events of the films.

According to the official description, the game “captures the compelling suspense, emotion and drama for which the series is famous.”

Developers who worked on the Rainbow Six and Far Cry franchises are among those working on the new game. Saber Interactive, which is owned by Embracer, is publishing the game.

There is no word yet on platforms for the A Quiet Place game, nor have we seen any images or video. It is described as a “single-player, story-driven horror adventure.”

iLLOGIKA’s Herve Sliwa said in a statement, “The A Quiet Place video game will let fans experience the tension of the films with a level of immersion they’ve never felt before.”

Saber Interactive’s Todd Hollenshead added, “Audiences are hungry for more adventures in this universe, and iLLOGIKA is creating their own truly engaging experience that lives up to the name of this beloved property.”

The two A Quiet Place movies from writer-director John Krasinski have together made more than $600 million at the box office. A third film, which is a spin-off, is coming in 2023 from director Jeff Nichols (Mud, Midnight Special).